Incorrigibles speaks with women, or relatives of women, who were incarcerated at the New York State Training School for Girls, in Hudson, New York throughout the 1900’s. These four-to-five-minute stories are excerpts from longer conversations. 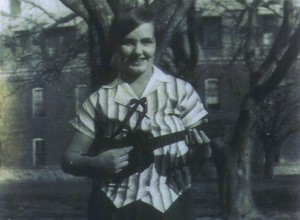 “[Cecil] said, well you were lucky you
didn’t get sent where I was…at least you
had foster homes. I said ‘FOSTER HOMES?’
you think they were any better than what
you went through?”
– Marie P

Marie shares how her mother Cecil was sent to the Training School in the 1920’s after being abandoned by her mother when she was five years-old. Neglect and abandonment have impacted Marie’s family across three generations, but she can now say that she has broken that cycle.

“We were there because nobody
wanted us, so our common bond was
we felt rejected. I ran away from
Hudson Training School four times.”
– Liz S

Above all else, Liz wanted her story to reach young girls involved in the criminal justice system, and to give them hope for the future. She was eight when she was first sent to a foster home, and twelve years old when she was sent to the Training School in the early 1970’s. Liz passed away in the spring of 2017. 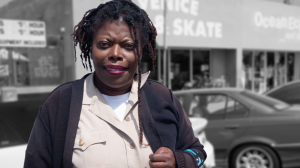 “We got sent to isolation, and isolation
for me was horrible. They had the lights
on. You were in a locked up room. The
walls were padded. I was told the next
time I got in trouble it wouldn’t be
reformatory school. It would be jail.”
– Sharon A

Sharon Anderson talks about how she had a loving home and was rebellious during her childhood. Her mother had her sent to the Training School in the early 1970’s for shoplifting a suede coat on a cold winter day. 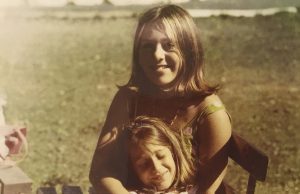 “They said she was wild, that was how
they interpreted it. They didn’t look at
the way she was treated within the family.
And I witnessed a lot; there was a real lack
of compassion for her, especially coming
from my mother. I now understand that
she really had a reason to run away.”
– Ona G

Ona Gritz talks about about her older sister, Andra, who was sent away to the Training School when she was about 12 years-old, in the 1970’s. As a child, Andra consistently got in trouble for running away, smoking, and “running with the guys.”